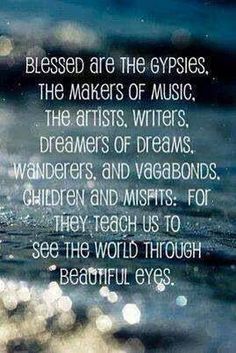 I had coffee with a new friend the other morning.  She was asking me about where I had lived and traveled.“How many countries have you been to?” she asked.“I don’t really know,” I mumbled, trying to shake the sleep from my eyes.“Still,” she responded cheerfully. “It must have been quite an amazing journey for you.”I agreed it had.“What do you think you’ve learned?” she asked.

What did I think I’d learned?  The question rolled over in my cobwebbed brain. It was 8:30 a.m. I’d stayed up working until 1 a.m. and just dropped off my son at soccer.  I’d yet to have my three cups of coffee. I preferred not to think – and certainly not think about “learnings” – under such grave conditions.

Clearly, I was not being much of a friend. But anyone who knows me well knows that I am the worst breakfast date ever. My two-and three-word answers that morning confirmed this yet again.  I just don’t think the world should really start until somewhere around lunchtime.

Where Had I Been & What Had I Learned?

They were actually good questions.  So later that day, I put a pot of coffee on and maybe for the first time – ever – thought about it.

So, in no particular order, but numbered nevertheless, here are 25 things I’ve learned in living around the world:

1. I’ve learned that America is truly a great country.  But much of the rest of the world is pissed off at us – and in some cases, it is with good reason.

2. I’ve learned that despite the fact Americans are seemingly intent on beating each other up at home, our country generally maintains a high level of respect as well as expectation from others. I’m proud to be from a country that often, not always, tries to do the right thing.

3. I’ve learned that I shouldn’t drive on the left-hand side of the road. Nor should anyone else.

4. I’ve sat with women in huts of Africa, on the banks of the Thames, cafes in Paris, nightclubs in New York — and I’ve learned that nearly all women complain about their spouses.

5. I’ve learned that when a child has a temper tantrum, it doesn’t really matter where you are or who you are.  It is as annoying to parents in Uganda as those in Ukraine.  I’ve also learned – though we speak different languages and come from different cultures, the “Oh, God. Just Stop It” face is a universal attribute.

6. I’ve learned that while I may have moved a lot over the past 15 years, my life is not any more or less certain than had I stayed in one place.

7. I’ve learned that happiness is not really about where you are, but who you are, and those you are with.

8. I’ve learned that while I like my possessions, there really is not a single one I can’t do without.

9. I’ve learned that someone needs to create a new country that melds the efficient, convenient, positive North American spirit with the quality, lifestyle, working hours and history of Europe and natural beauty and awesomeness of Africa.

10. I’ve learned what it feels like to be in the true and total minority, whether that was based on my skin color, gender or age – and how terrifying, isolating, anger inducing and unfair that can be.

11. This helped me to learn not to judge others until I’ve “walked a mile in their shoes.” More accurately, I now understand the simple truth that I will never really be able to walk a mile in someone else’s shoes.  I am not them.

12. I’ve learned never (again) to take a boat out in the middle of the Indian Ocean during a torrential storm.

13. I’ve learned that I’ve probably come closer to death more times than most people my age, and it’s time I stop tempting fate.

14. I’ve learned that people’s ideas of what constitutes beauty, peace, joyfulness and happiness is very different around the world, but most people still share those basic desires.

16. I’ve learned that while traveling teaches you a lot about the world, it teaches you more about yourself.

17. I’ve learned that I have a gypsy soul. And while I may sometimes be envious of my friends’ seemingly quieter, more structured, more “traditional” lives, I can’t deny who I am.

18. I’ve learned that the worst thing about living away from your “native country” is how much you miss your family and friends.  The “missing” can be painfully overwhelming at times.

19. I’ve learned that my sons are growing up a lot more “global” than I ever did.  I am delighted, grateful and scared to death by this. It gives you a different perspective as a parent when your children are learning things far more quickly than you and speaking a language you haven’t taught them and don’t know.

20. I’ve learned that helping your children adapt to a new culture while maintaining some sense of your own, is not easy.

21. I’ve learned that some of the most powerful moments I’ve experienced in my life are actually those when I was unable to communicate through a shared spoken language.

22. I’ve learned that it remains important – very important – to take big chances.  It may seem that I have more to lose now (and maybe I do), but I still have to take them.

23. I’ve learned how unbelievably resourceful and smart, as well as embarrassingly dumb and awkward, I can be.  I’ve learned to accept both.

24. I’ve learned that I’ve never once counted up the number of countries I have traveled to or lived in. Turns out to be 53, so far. I’ve also learned the number of places I’ve traveled is far less important to me than the people I have met along the journey.

25. I’ve learned that no matter the time zone, I will never again have a breakfast date with that girlfriend or with anyone else for that matter.

But I am glad she asked me those questions.

Patty McDonough Kennedy is a writer, speaker, trainer and entrepreneur. She has lived and worked in a number of countries, and mostly writes about life, motherhood, business, sisterhood and the fabulous mess that can all be. When she has other thoughts and observations – she’ll throw those in there too. In addition to her own writing, ((Laugh Lines)) also features guest posts written by men to bring different perspectives.  Contact her at pkennedy@humanworks.guru